We have resources here at Mistletoe Heights Homes For Sale to help you find real estate agents in the nearby area. Therefor, these agents know the area well and can help you buy or sell your home with local knowledge. 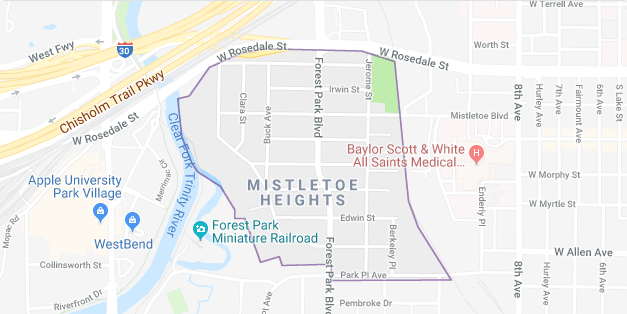 Things To Do In Mistletoe Heights Fort Worth

Mistletoe Heights, one of Fort Worth’s oldest neighborhoods, is perched on bluffs overlooking the Clear Fork of the Trinity River. Developed in the second decade of the 20th century, Mistletoe Heights was designated as a historic district by the city of Fort Worth in 2002. Made up of more than 500 households on 640 acres, the neighborhood is within a lion’s roar of the Fort Worth Zoo and a few minutes’ drive of downtown’s skyscrapers, Texas Christian University, world-class museums, the Botanic Garden, state-of-the art hospitals, upscale shopping, good schools and fine restaurants. Welcome to Mistletoe Heights, a neighborhood of cozy bungalows, front porches (often with a cat), leafy streets and friendly people, all in the heart of the city “where the West begins.” 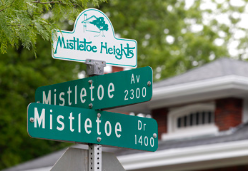 Mistletoe Heights sits on the bluffs overlooking the Clear Fork of the Trinity River, approximately two miles southwest of the Central Business District. The 640 acres in Mistletoe Heights are included in the 1854 Ethelbert S. Harris Survey. This land was considered rural when Harvie C. Lawrie of Colorado, owner of the land in 1890, laid out the streets by “setting a 2 inch oak wagon spoke stake at the corner tree thereof,” according to plat records. 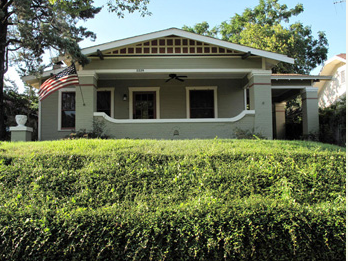 This neighborhood is perfect for those seeking single-family homes. This is a varied community, with homes representing a wide range of time periods and styles. In general, homes in Mistletoe Heights are about $185,000 – $850,000 and sit on quarter-acre lots with three bedrooms and two bathrooms. The most common types of parking are garage and carport. 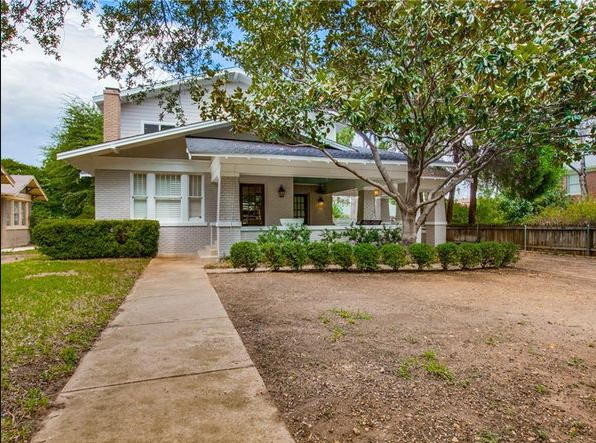 Mistletoe Heights Real Estate is a great investment. Its close to Fort Worth but far enough away to enjoy the lower crime rate of being outside the city limits.

Find Mistletoe Heights Real Estate Agent close to where you are looking. If you are looking to buy your own house, invest in property or just flip houses we will direct you to top real estate agents in the area.

Real Estate Investment Mistletoe Heights Fort Worth is growing every year. We are lucky to have some of the best real estate agents that will help you find a great property for flipping, investing, and management properties.

Homes For Sale In Mistletoe Heights Fort Worth

There are many Homes For Sale In Mistletoe Heights Fort Worth. If you take a look at Zillow you will see many listed.

Central Fort Worth Estate is great if you work in Fort Worth and trying to find a house where traffic isn’t as much of an issue.

Homes for Sale in Mistletoe Heights, Fort Worth, TX have a median listing price of $448,750 and a price per square foot of $202. There are 6 active homes for sale in the Mistletoe Heights neighborhood, which spend an average of days on the market. Some of the hottest neighborhoods near Mistletoe Heights are Fairmount, Ryan Place, Arlington Heights, Berkeley Place, Downtown Fort Worth. You may also be interested in homes for sale in popular zip codes like 76110, 76195, or in neighboring cities, such as Fort Worth, Westover Hills, North Richland Hills, Benbrook, Haltom City.

Mistletoe Heights Median Airbnb Rental Income. The growing demand for short-term rentals in the city is constantly growing due to several factors: